View Item
JavaScript is disabled for your browser. Some features of this site may not work without it.

The right to the city and the exchange value of space: Learning from the Tepito experience 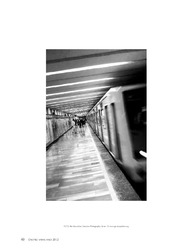 he right to the city emerged as a solution to resolve the contradiction of modern space: tension between space use value (social use of space) and exchange value (commercial use of space)1 . he concept of the right to the city appeared in the 60’s when social space has been subordinated to economic processes in Western societies2 . An urban revolution was expected to create more human/social adapted codes of space, but this revolution never evolved after May 1968. The way communities practice space follows a noncapitalistic logic. he recognition of these logics as a principle of organisation of space is still extremely pertinent. However, this Theory didn’t take into account the fact that codes of space can be instrumentalised to legitimate exploitation of space by the community itself.
URL:
http://hdl.handle.net/20.500.11777/697
Collections: