Ver ítem
JavaScript is disabled for your browser. Some features of this site may not work without it.

Youth identities and graffiti: multiple forms of living, thinking, and expressing the city through graffiti 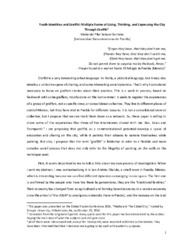 Graffiti is a very interesting urban language. Its firstly, a pictorical language, but it may also develop a collective space of sharing, and some interesting social dynamics. That’s why I considered necessary to focus on graffers stories about their practice. This is a work in process, based on fieldwork with some graffers, mostly done on the last summer. It seeks to register the experiences of a group of graffers, not a specific crew, or consolidated collective. They live in different places of central Mexico, but they have met in Puebla for different reasons. It is not a consolidated crew or collective, but I propose that we can track them down as a network. So, these paper is willing to share some of the experiences that three of the interviewers shared with me: Jios, Karas and Tzompantli. I am proposing that graffiti, as a communicational potential develop a space of encounter and sharing on the city, while it permits their citizens to narrate themselves while painting. But also, I propose that the term “graffiti” is limitative to refer to a flexible and more complex social process that does not only refer to the illegality of painting on the walls or the technique used.
URL:
http://hdl.handle.net/20.500.11777/2556
Colecciones: 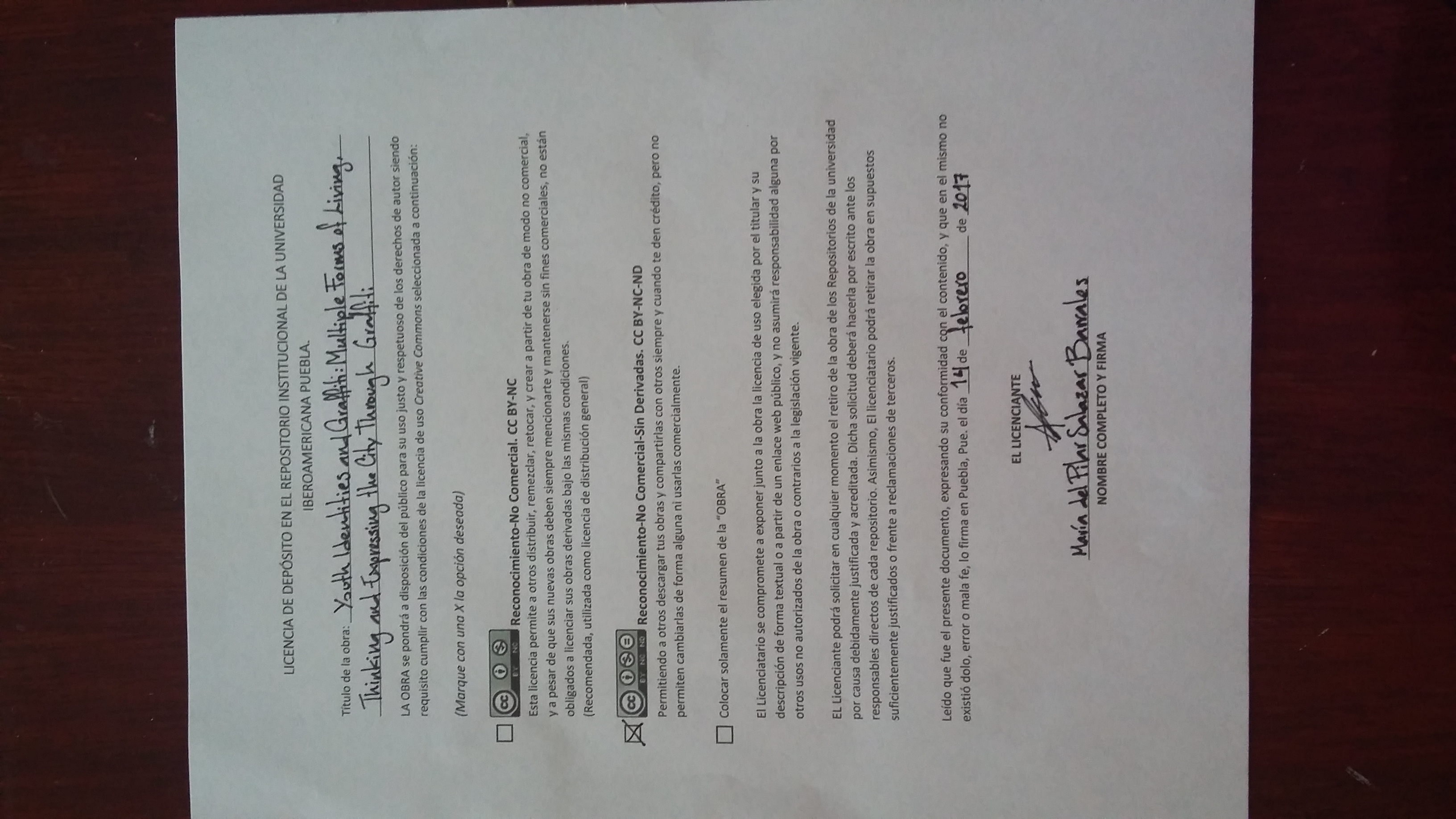